A question I often get is: “What is the one thing you have seen that has made the biggest impact for people?”

When this question comes up, people are really asking about how to have a greater impact in their work, their professional life, their personal life, or even climbing mountains. People want to know the secret.

Here is the secret: Be a person who gets uncomfortable on a regular basis and actively seeks discomfort. Those seeking discomfort are the ones who step up and show up. They are the ones who make a bigger impact and are more productive, more efficient, and are viewed as leaders in their professional life, regardless of their role, responsibility or position. They are also more fulfilled in their personal life too.

Most people do not disagree with this insight and might not even consider it a “secret”. When I share that idea, most people respond with: “Of course, I want my people to get uncomfortable, and I want to do that myself. The question is how? How do we seek discomfort in our efforts?”

Watch my video and find out how.

Below is a quick rundown of the things I discuss.

Three Questions You Should Be Asking Yourself

If you ask yourself these three questions on a daily basis, you’ll be able to embrace uncomfortable ideas which can become huge opportunities for growth.

Question #1: What uncomfortable opportunity is presenting itself today?

Every day be aware of when you say the word when. Here a good example: I needed to film my monthly video for my newsletter and my studio was a wreck. We were putting new windows in and it was just a mess everywhere. I kept putting the video off. I had been saying, “When I get the studio cleaned up, then I will get the video done.” As we approached the end of the month the video was not done. The word when was allowing me to procrastinate.

Watch out for saying when. When you hear yourself saying when, react with awareness to those thought patterns. Let me give you a proactive tool that you can use.

Make the answer stand out because that’s the huge sign of two things:

First, this is a sign that you are probably going to resist the idea; however, it is a potential area of growth to help move something important forward in your life. Now once you figure what that is, and you shine a light on it, that does not necessarily mean you will do it. Expect some resistance. Resistance shows up in a lot of different forms, like a when statement.

Once you have identified that you are making a “when this happens I will do this” statement, then immediately follow it up with what I call the advantage exercise. Take pen and paper in hand and move on to the next question.

Question #2: What is the worst thing that could happen?

Writing the worst-case scenario down is incredibly powerful. What I found in my work is that if I write it down, it gets it out of my head. We are very emotional creatures. Even if we are guarded with our emotions, if you write it down and see it on paper you are much more likely to actually face it. Just seeing the facts in black and white will help the fears to fall aside. But another question is needed to take action.

Question #3: What is one small step I can take to move that forward?

Here is the final question that will free you up to take action. Ask yourself: “What is one small step I can take to move that forward?” In other words, identify one small move you could make today towards that uncomfortable opportunity that is presenting itself.

Another powerful way I have heard this question presented was from my publisher, Henry DeVries. He had a mentor of his ask him, “How could you get started in a small way?” 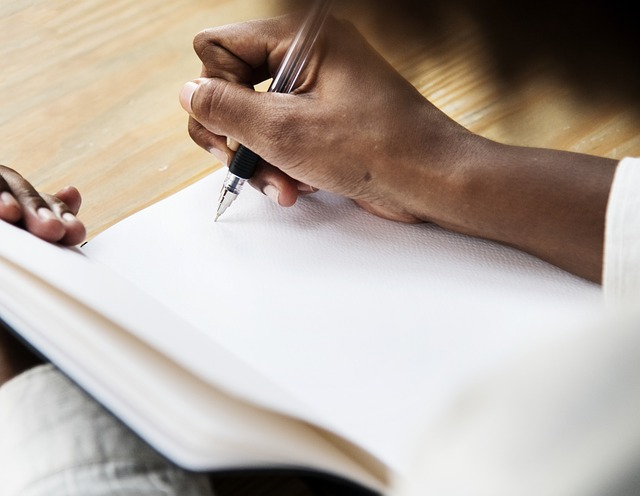 That is a powerful question. I love it because it gives us permission to just take a little step, and it helps disarm some of that chaos and emotion in our head.

To recap, the three questions:

1. “What uncomfortable opportunity is presenting itself today?”
2. “What is the worst thing that could happen if I did it?”
3. “What is one small step I can take to move that forward?”

And there you have it — three questions that serve as strategies to overcome procrastination. Ask yourself these questions on a consistent basis and you will have greater impact on your life.

2 Responses to Watch Out for When: Proactive and Reactive Growth Strategies to Overcome Procrastination